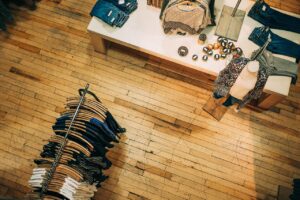 Welcome back to our Weekly Digest. Read on for the latest updates and some ideas to help us all move forward.

The company produces plant-based milk, beef, and chicken alternative products and plans to open a plant in Australia in 2023.

The new government declared that buy now, pay later providers will be subject to major changes in rules governing the sector under traditional credit laws.

A new joint report from EY and the Australian Fashion Council has found that fashion employs more Australians than mining and export revenue exceeds beer and wine. It also employs the highest percentage of female workers.

Another budget coming in October

Federal Treasurer will deliver a second budget so as to put the Albanese government’s election promises in play and start the cutting back of wasteful expenditure.

ATO warns of yet another tax scam

The Australian Taxation Office has advised taxpayers to be aware of fraudulent emails which use fake 2022 tax return details to skim login information from unsuspecting victims.

The annual list of the world’s most expensive cities to live in for 2022 has been released. It can be found here.

As interest rates rise and growth stagnates, the term stagflation is being thrown around. But what exactly does it mean? Find out here.

Inflation is high, but it will get higher

A leading economist warns that, although Australia’s level of inflation is still lower than the vast majority of OECD nations, change and the worst is yet to come.

The NSW government has pledged $500m for faster rail services between Sydney and Central Coast. The project is a partnership between the state and federal governments.

Contact us if you have any questions or want to discuss the next steps for your business.

Liability limited by a Scheme approved under Professional Standards Legislation.

Want to grow your business? Our Free Resources will Help