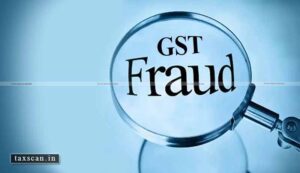 Welcome back to our Weekly Digest. Read on for the latest updates and some ideas to help us all move forward.

Due to a significant number of GST refund fraud attempts, legitimate businesses may face extra steps to receive their refunds as extra security measures are put in place. Tighter controls around ABN and GST registration have been established.

Of the 200 companies on the ASX index, only six came out ahead by market close on Friday, after a staggering Wall Street plunge bled into other markets. Tech firms took the biggest hit.

Australia’s jobless rate is the lowest it’s been in 48 years at 4%, and wages are tipped to grow over the next 2 years. Despite this, real wages are projected to shrink by 3% due to runaway inflation.

Labor is set to announce additional gender pay gap measures in the campaign’s final fortnight, with Tanya Plibersek hinting that another policy push will be announced in the coming days.

Interest rates rise for the first time since 2010

The Reserve Bank of Australia has lifted cash interest rates by 0.25 percentage points, to 0.35%. The rise is expected to stoke the cost-of-living debate in the federal election.

Qantas gears up for a fresh battle with ACCC

Just one month after the ACCC finished investigating Qantas for its minority stake purchase of FIFO charter company Alliance Aviation in 2019, the national carrier announced plans to purchase the remaining 80% for an estimated $919 million.

ATO cracking down on GST scheme

The Australian Tax Office has launched an investigation into a widespread fraudulent GST scheme, which has cost the office $850 million. A suspected 40,000 people have listed fake businesses in order to claim GST refunds.

With the rise in interest rates last week, real estate analysts warn that a drop of 15 percent could be on the horizon for home prices.

The median cost of renting a house in Australia’s capital cities reached a new high of $508/week, according to a recent rental report. With the buyers market also unaffordable, the new high makes it even harder for Australians to move from rental to home ownership.

As China continues to strive for near-zero covid tolerance by mandating strict lockdowns, ships wait to dock at ports in China with no workers. As a result, the Chinese economy has ground to a halt, with supply chain issues being felt around the world.

Contact us if you have any questions or want to discuss the next steps for your business.

Liability limited by a Scheme approved under Professional Standards Legislation.

Want to grow your business? Our Free Resources will Help